Learn more about our upcoming events and get tickets here.

Ever been to middle school, a school filled with people between the ages of 11 and 13? Everyone is growing up, but receiving more and more restrictions because their parents are scared of things such as pregnancy and drugs and death. I don’t know why we look at 11 years olds as getting into some kind of trouble that could cause way more horrendous consequences than that of a 10 year old. On top of that there is puberty. That’s a fun thing, hormones racing through your body that make you insane. People start socializing in ways others aren’t ready for. Topics get more mature and in a way we get more immature. School takes on a level of intensity that no one can prepare for. It’s just a whirlwind of a time. On top of all of this insanity that everyone is experiencing- I had autism. I also had no idea that I had autism.

I didn’t have trouble making friends. Well, maybe I did- but I had friends. I didn’t feel friendship was an issue. I had two really close friends in middle school. I had one and a spare, so I was on top of the world when it came to friends. It was my grades that put a damper on my life, at least at first. I would study for hours. I spend so much time working on projects. I didn’t understand how anyone had time for extra curricular when I would get home and immediately start my homework and barely made a dent by bedtime. I would then be exhausted in class and unable to pay attention even though I was staring directly at the teacher trying my hardest. I would miss when it was time to hand in work and not turn in assignments that I actually did complete. I began to fail out of school.

My birthday came around. Finally a day that I didn’t have to cry or stress out about school. Finally break from all the stress. Not one person showed up. My friends all had other plans. Not knowing what else to do, I switched schools. This school was set up the way I learned. My grades drastically improved. Although socially, I remained stagnate.

This school did an amazing job teaching me how to learn. So I turned things around and decided that I wanted to go back to public school because they had a film program. In order to continue with accommodations the way this private school was allowing, I needed a diagnosis. I was told by a therapist at one point that I had ADD, but I never had it confirmed. My twin sister was in the process of being diagnosed and wanted me there for support. So I joined in.

Did I mention that I hate tests? Well I do. They are meant to trick you. It doesn’t show what you know. You have to sit in such a stressful environment for so long. Do you know how they diagnose autism? A test. A test that takes a few days. I don’t even remember how long it was, but I remember putting my head down on the desk willing it to be over. So I received the diagnosis “autism.” Funny thing was, they never explained to us what autism actually was.

My mom kept telling me, this will only help us understand you. There is nothing wrong with you. I don’t know, it felt like some bullshit way of comforting me that I didn’t ask for. I was just happy to go do my film class. I knew whatever we were doing at my old school worked and wanted to continue doing that. My parents seemed to get much too excited about all these autism programs they are supposed to help me. So, I was forced into ABA for a year. Which sucked so bad!

My mom kept telling me “I wish you had been diagnosed earlier so we could have helped you more.” No, I was glad I wasn’t diagnosed until later. Since the diagnoses, I was told all of these things that I can’t do and that I needed help with. I never heard any of that before autism came into the picture. Suddenly I was treated like I was broken even though everyone told me that I wasn’t. I would not have been happy growing up being treated like that. I was 16 when I was diagnosed and capable of saying no. I couldn’t imagine how I would feel being a young child without the capability of fighting back or defending myself. It took my mom a long time to come around and see what I was seeing.

She first realized that I understood myself better than the so called experts who treated me like I was incapable of making decisions for myself. It took her until I was 18 to really start listening to me, but she did and I am so grateful for that. It took until I was 21 for her to stop saying, “I wish we knew earlier” because no, I don’t wish that at all. The way the world treats those of us with autism is a huge problem. Without having that label on me, I was able to decide for myself what autism means to me. Don’t get me wrong, I love having autism. What I don’t like is the way the rest of the world treats those of us with autism.

My dad on the other hand struggled with accepting the diagnosis for a long time. He eventually came around. I had the ADD label for a few years before receiving the autism one- it was just replacing one with the other that took a while for me. I was just glad there was some sort of answer to why things were harder for me and that now we could do something about it. I hoped that in having the diagnosis, I would be listened to more. It didn’t actually go that way. I felt heard less. We need to remember that the person living with autism will always know more than those standing on the outside observing. 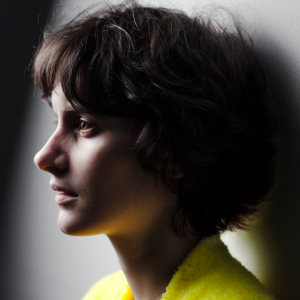 Chloe Estelle is the founder of OurTism, a writer, blogger, filmmaker, photographer, and Asperger’s specialist. She runs a weekly live stream called Starlight Talks where she discusses various topics related to autism. She is beginning a mentorship program through OurTism.com. Chloe’s struggles growing up were invisible to those around her. She didn’t understand the structure of school or social interactions. Chloe was placed in slower classes. Assessments did not capture her true intellectual abilities. This pattern continued and worsened until her grades started dropping and she struggled until she was finally diagnosed at age 16. The diagnoses was a relief that there was a reason for so many of life’s struggles. It still took a while to find the right therapies and practices that would allow her to live a healthy life. Taking what she learned, she is now able to share her experience with the world and hopefully end the struggles of those on the spectrum earlier in their life.